The Show Must Go On

Home > The Show Must Go On

The Show Must Go On

Home > The Show Must Go On

Show Must Go On

Your contribution to the The Show Must Go On Campaign will help to fund our $20 million building efforts to restore this historic structure. 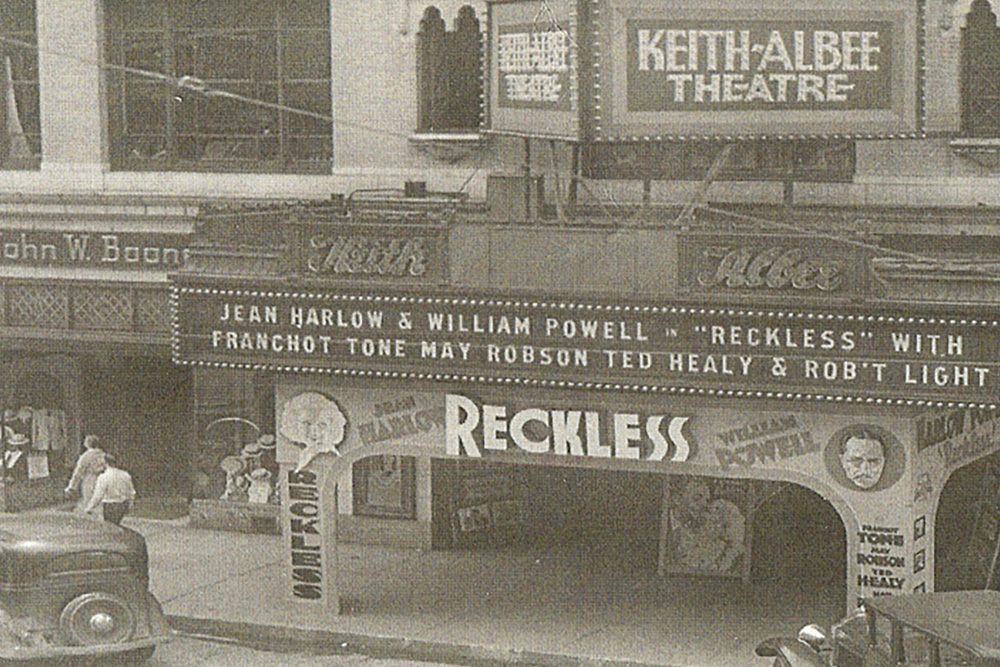 On Monday, May 7, 1928, when the doors of the magnificent Keith-Albee were thrown open to the public, Vaudeville’s most famous single, Rae Samuels, known the world over as “The Blue Streak of Vaudeville,” was the headliner who performed under the illusion of drifting clouds and twinkling stars.  Built at a cost of $2 million and requiring 14 months to construct, it has retained its original red and gold color scheme, stained glass lighting, and a mix of Moorish and Spanish décor. It is the only fully intact atmospheric theatre designed by Thomas Lamb in the United States; and, remarkably, it is in Appalachia.

Facing changing times and tastes of audiences, economic trends, and different lifestyles, the Keith-Albee was threatened with becoming an endangered species.  But the theatre stood the years, varying its bill of fare, physical structure, and technology to meet the mood of the public, all the while retaining its original feeling of design.  And today, the Keith-Albee is more than just a performance stage for quality arts, culture, entertainment, and special community events.  It is an important part of our heritage, an economic driver for the City of Huntington, and a venue for understanding our past and envisioning a more equitable future for all.

Nevertheless, 94 years later, the Keith-Albee Performing Arts Center faces another test of time.  The theatre was originally constructed with 2,000,000 bricks, 550 tons of steel, 97 cars of cement and 15 cars of plastering wax. But its bones are old; and now extensive renovations are required for fire and safety, plumbing and electrical systems, and the back-of-the house dressing rooms.

By making a tax-deductible donation to the Keith-Albee Performing Arts Center’s capital campaign, you are ensuring the vibrancy of the arts and cultural entertainment in our community as well as preservation of one of the downtown’s most iconic architectural buildings.

If you would like more information on any naming opportunities throughout the Keith-Albee Performing Arts Center, please call Terry Deppner Hardin, Director of Development, at terrydeppner@gmail.com.re